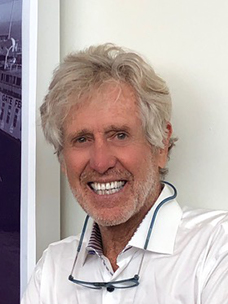 “The team welcomes Richard back into The Biondo Group fold – where he will enhance client service capabilities on the West Coast and through the Mid-State areas. We’ve worked together to grow strong partnerships with clients such as Dole, Chicken of the Sea and 9 Lives. His ability to see and optimize a brand’s opportunity is truly unique,” said Charles Biondo, firm founder & CEO.

Richard, a passionate sailor, describes his methodology to developing an effective brand strategy. “Our goal is to get a group to coalesce around a carefully worded vision and common game plan. Imagine a Spinnaker pulling a sailboat. At the top of the sail, is the name of your brand; then do the same for two or more competitors. For each starting at the top place three words (each in its own band of color) describing the brand’s key elements of personality, benefit and values. Those words, those Spinnakers – are elements which differentiate and drive brand success.”

Prior to working at The Biondo Group, Richard was Director of New Business at Landor Associates where he oversaw accounts such as General Foods, Clorox, Tandem Productions, Universal and Air California. His marketing career started in account management and media planning at McCann Advertising.