In Words with Charles Biondo: Passion for Work 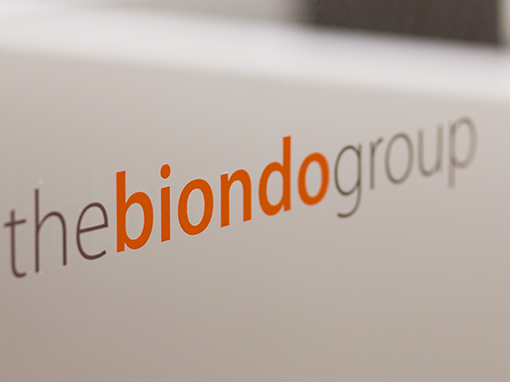 This is the second in a series of conversations with Charles Biondo.

How old were you when you had your first paying job?
Fourteen.

What was it?
Maintenance & stock clerk at a Safeway supermarket in The Bronx (NYC).

When a kid turns 13, maybe 14 years old he needs his own money for the first time. Back in the “day”, when you needed money, you weren’t necessarily going to be able to collect an allowance from your parents. Few had the money to shell out.

So what’s an enterprising, not afraid to work, young Bronx kid going to do for some coins?

Find a job, that’s what he does. In this case work for Charles Biondo meant working as a stock clerk and maintenance helper in a Safeway Supermarket. An auspicious start by any measure, Charles worked, successfully putting money in his pocket. The sense of independence, of contributing and of working was instilled in him at a young age.

“There was no master plan”

Not wanting to follow his friends, needing the money and having interest and skills in terms of art, Charles was encouraged by Mrs. Bush, an elementary school teacher to enroll at the High School of Industrial Art. This was a fortuitous decision that would flavor the rest of his life. Learning what were referred to at the time as commercial art skills, there was no lack of work available for a student. The young Charles during High School, pursued commercial art and design and got a job as an intern at Gianninoto Associates. He loved being in such a creative environment.

There was no purposeful master plan at work steering Charles toward packaging design. Had Gianninoto Associates had some specialty other than packaging, things might have turned out very differently. But it just so happened that Charles found a mentor in Gianninoto, and felt a connection to packaging design. It was a great match for both men.

As a young, college student one can only imagine how enlightening it was working with a bunch of creative adults who were on a roll, it must have been pretty inspiring. Gianninoto was a hot designer having developed Elsie the Cow and the Marlboro identity, big wins for any age, especially during the early days of branding. Charles loved his job and appreciated the accelerated learning at Gianninoto that superseded what he was learning in College.

Graduation came and went and Charles was still working at Gianninoto, learning the craft of packaging design from the very best of the day. Even then Agencies staffed up and thinned out their talent pool depending on the season, client workload and necessity.

It just took getting laid off once for Charles to make the decision that eventually, he’d strike out on his own.

He left with the blessings of his mentor, Gianninoto, and took a few jobs after that formative experience. The die was cast though; he’d made the decision to open his own firm.